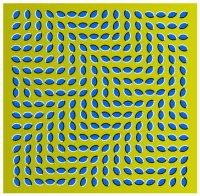 The psychiatrist glanced at me quizzically as I stepped into her office all by myself. ‘Did your husband not come with you?’ This was now the second time that my sweetheart could not join me for a visit to the psychiatrist. He arrived home from America three days ago and is in bed, with laryngitis. I feel judged, even though it was probably not so intended and it is simply my own insecurity speaking. Sure, my husband may not be as well-adjusted as the rest, or in the very least, he is not an average man. But he is involved when it comes to his kids, he isn’t crazy, nor is he the reason as to why we are having difficulties with the eldest. Well, maybe there is just a slight hint of like-mindedness which runs in the family.

Last night, when it became clear to me that my spouse could not join me for this appointment, we ran through the medical history of our families. I had no idea what kind of questions the psychiatrist was going to ask, so I asked as many questions as he could bear to answer. It was a good conversation, but it was also a sad one. As we spoke, similarities arose and awareness settled in. We entered this course because we wanted to know whether our daughter was suffering from winter depressions, just as her dad does. Slowly, yet surely a feeling arises that there might just be more going on than that.

The psychiatrist specifically asks questions pertaining to the family. She is clear and concise when it concerns my family history, yet dwells when we discuss the father, grandfather, uncle and my daughter. I feel a growing sense of resistance, yet I know it is useless. I know my sweetheart would feel terrible knowing he had imposed a genetic burden upon our daughter, yet surely half of her genetic makeup is mine? She is a mixture of us both, she is a new person, a new chance, a new possibility and with different parents. I feel more relaxed than I did the first time. I try to tell our story, being as objectively as possible, yet I do tell it as I see it. Surely this woman cannot have a thorough view at once? I mean, I have known my little girl for 6,5 years, why not help her along? As I exit the room, I feel empty. I am tired of thinking and puzzling.

‘Do you have any idea as to what might be going on?’ the psychiatrist asks us a week later as we both see her at the advisory meeting. I did not expect this question and it catches me off guard, I mean, I assumed that the professional was going to answer that one. ‘Well, no actually, I don’t. Except that we think that seasonal changes might play a role.’ ‘Maybe you have searched on the internet and maybe you have thought ‘It may be this or that’?’ ‘I did do an internet search long ago, when she was three years old. I mostly ended up on information pages about giftedness. But to be true, I recognize some of what I read, but certainly not all of it. As to the rest, I just don’t know.’

It makes me feel silly, but it is true. ‘I don’t really like making a problem out of nothing’, I start defending myself. ‘and – except for the winters – we actually do quite well in daily life, which is nice. More often than not, I hear myself saying that there really isn’t a problem at all. On the other hand, if this were so, then I would be disappointed in us as we both find raising our daughter a cumbersome task. I find myself thinking that perhaps we were not meant to be parents. By this time, I somehow wish there is something wrong and at the same time that there wasn’t.’ Realizing this, I almost cry. With a soft voice, the psychiatrist continues: ‘But there is something wrong, isn’t there?’

As we are standing outside, the sun is shining. It is one of the first beautiful springtime days of the year, the birds do their best to outdo each other in their attempt to find a mate. Stunned, as if stuck in a glass corridor, I walk to the car, where I will be safe. My voice is gone, my head is filled. Today I was hoping to receive answers, but I’m going home with more questions than I could ever imagine.